Exhibition | The House of Love and Prayer 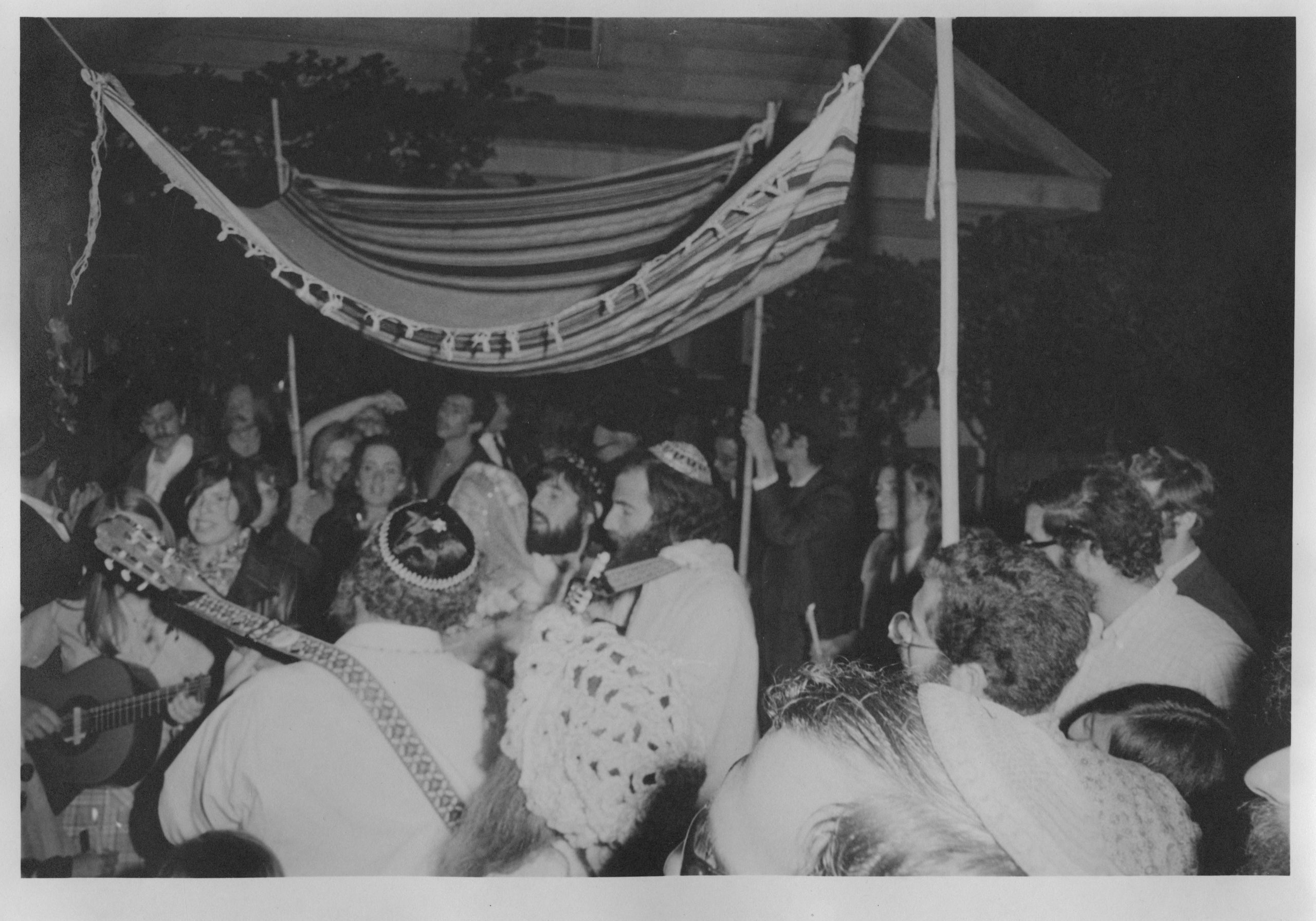 In addition to the weekly Shabbat celebrations, weddings were a big happening in the House of Love and Prayer community. As an essential part of Jewish lifecycle events, weddings became an important moment of the intersecting of Hippie Counterculture and Hasidic, Orthodox tradition, which caught the attention of a much wider audience.

A September 1969 issue of Life Magazine included a feature called “The Free-form Wedding Game.” The article documented numerous “free-form” weddings that eschewed traditional wedding ceremony rituals by adding a personal touch of meaning and relevance to each unique couple. One of the weddings featured in the article was of a young couple from the House of Love and Prayer, George Gorner and Pamela Klein, which gave the House the most widespread publicity it ever received. Life published photos along with a short description of the wedding ceremony, which took place in Golden Gate Park and was officiated by Reb Shlomo, who was adorned in love beads. After the ceremony, all those in attendance had a big party, which lasted late into the evening, eventually prompting park police to ask the group to leave. Undeterred, the celebrants simply moved back to the House of Love and Prayer and continued to party.
Marvin Kussoy, an amateur photographer and active member of the House of Love and Prayer community, took the photos of the wedding that appeared in Life. They illustrate a robust and multi-generational community simultaneously immersed in Hasidic tradition and the Hippie Counterculture. Among other examples, this is evidenced by George Gorner’s wearing tefillin[1] prior to the wedding ceremony and the clothes that the wedding guests are wearing at the wedding.

[1] Tefillin—often called phylacteries in English, based on an ancient Greek word meaning something that guards or protects—are the pair of black boxes attached to leather straps worn on a Jew’s arm and head during daily morning prayers (Judaisms, 35).

Previous: Everyday Life at the House of Love and Prayer
Next: The Holy Beggars’ Gazette